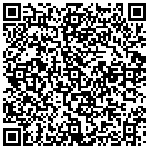 Stepan D. Shtogrin was educated at the People’s Friendship University, Russia, where he obtained Master of Laws Degrees, and Emory University (The American Law Center in Moscow) and obtained a Master of Economic Degree at Moscow Finance Institute.

Mr. Shtogrin stated his career in Specialized Chamber of Lawyers “Iniurcolleguia”, Moscow, Russia. As a lawyer he was experienced in the field of international inheritance.

Mr. Shtogrin has been a counsel on tax in the Ministry of finance of the USSR. His primary field of concentration have included inheritance and tax, corporate organization, licensing and joint ventures.

Mr. Shtogrin has founded a law and audit companies in the USSR. Shtogrin retired from Legal Centre of Jurconsult in 2002 and is now the proprietor of his own law Office assisted by associate lawyers and paralegals.

Mr. Shtogrin is a member of Moscow Chamber of Lawyers.